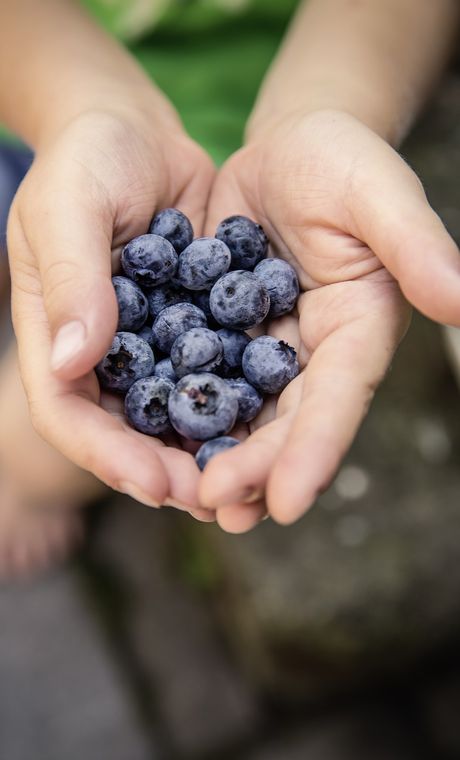 Low-calorie foods are almost exclusively associated with fruits and vegetables. You can lose pounds and eat healthy foods with minimal efforts. We know, it sounds like it’s too good to be true. But there actually are some things you can eat that activate your metabolism, trigger hormones that release fat, and eliminate toxins that make it hard for your body to shed unwanted pounds. Here are the top 10 of these kinds of foods.

You’ve probably heard from a young age that eggs are healthy. Probably you’ve even heard it mentioned as a ‘super food’. In truth, eggs are low in calories, which makes them healthy.

However, while one egg has about 71 calories; so you can eliminate more than a half of them simply by removing the egg yolk. Egg whites have about 16 calories. So the next time you make an egg omelet, be sure to use egg whites only.

You’ll still get plenty of egg-tastic benefits and fewer calories. There are many options to use them in your meal plan. After all, eggs are only great for meals like omelets or scrambled eggs, right? Wrong! Egg whites can be used in a plenty of dishes. Don’t want to bother with the mess of cracking and cleaning? Buy an egg white alternative available at your local store.

Eating noodles is not normally known as a way to lose pounds or maintain a healthy weight. That’s because traditional noodles are made with high-calorie starches which derive from grains like wheat.

But even spelt noodles, quinoa noodles, brown rice noodles, still contain a lot of calories. That’s why kelp noodles are so great: They are made out of sea kelp and packed with water. Yet they perform really well in soups, raw noodle dishes and even Italian-style meals like spaghetti.

Kelp noodles have just 6 calories per serving, however, they take up a lot of physical space in your belly, giving you that “full” feeling that tells you to stop eating. You can buy them at your local health food store.

Pickles are, of course, made from cucumbers and cucumbers themselves are low-calorie food. One cup of cucumbers has about 16 calories. Does that mean one cup of pickles has 16 calories, too?

Well, not really. You should watch out for the sugar content in many brands of pickles. Just pickling cucumbers in water, vinegar and spices won’t add any calories, but a lot of today’s most popular pickle brands have added sugar.

This typically adds only a slight amount of calories to them. Dill pickles made from cucumbers, for example, have 17 calories per cup. So they’re still a very low-calorie food because it takes more than 17 calories to eat and digest them. If you’re trying to lose body fat or maintain a healthy weight, eat all the pickles you want.

Grapefruit hasn’t so low number of calories as pickles, but it deserves to be mentioned for another reason as you’ll soon see. First, it’s still fairly low in calories, delivering just 74 calories per cup.

But the best part is that grapefruit has naringenin, an antioxidant derived from the bitter taste of grapefruit, which effects on the liver to break down fat. So as a key part of your fat-loss strategy, grapefruit is really a must to your daily diet!

To get more grapefruit into your diet, peel, remove its seeds and blend the whole grapefruit into a delicious fruit smoothie. This is how you can get the white grapefruit inner skin that contains the best medicine of the grapefruit! Drinking grapefruit juice from your story does not provide the same benefits, especially if it’s pasteurized.

Besides being crunchy, low-cal vegetable, celery is a key part of your health support. Some of the unique non-starch polysaccharides in celery—including apiuman—are really important in producing these anti-inflammatory benefits.

Even though celery is also rich in well-known antioxidants like vitamin C and flavonoids, scientists have found other types of antioxidant nutrients in this vegetable. These antioxidants include dihydrostilbenoids (lunularin ) as well as furanocoumarins (bergapten and psoralen).

The antioxidant support from celery is mostly due to its phenolic nutrients that have been known to protect us from unwanted oxygen damage to our blood vessels, cells, and organ systems. So, the next time you start munching your crunchy celery, know that it’s not only helping to keep those calories low but also in adding valuable nutrition to your healthy eating lifestyle.

Plain air-popped popcorn is a healthy, low-calorie food. Most commercial types include added salt, butter and oil, making it into unhealthy food. Before eating your next popcorn snack, consider the dietary implications of the type you choose.

Popcorn is a whole grain with 1 gram of fiber per cup. Air-popped popcorn also has a few B vitamins, which can help with energy production. Popcorn contains a number of minerals, including iron, zinc, magnesium, phosphorus, and manganese.

Rice cakes are made from brown rice, which is a health benefit because whole grains have fiber, carbs and phytochemicals.

They make a super healthy food because they are fat-free and low in calories, but they’re also not high in other nutrients. Some rice cakes have additives or added flavorings and sugar, so check the food label on them to be sure they are healthy.

Rice cakes are usually low in sugar, calories and fat, which makes them a healthy choice. The size of the rice cake differs between brands and some have added sugar or sweets such as chocolate. These differences affect a number of calories and sugar. The calories range from about 35-80 per cake. Sugar may range from 0-4 grams or more in one rice cake.

Edamame — unripened green soybeans fresh from the pod — are extremely low in fat, and boast high levels of muscle-strengthening protein and fibre.

It is also known to have collagen-boosting and anti-aging properties, so is definitely worth factoring into your diet plans. This plant has long been a staple in Japanese cuisine but was largely unknown to Americans until the closing decades of the 20th century.

Prioritize buying organic soybeans whenever you can. Try to buy organic soybeans whenever you can. They are one of the foods most likely to be genetically modified. 100% organic foods are not permitted to be genetically modified. Steamed or boiled in their pods and then shelled, they make a tasty vegetable side dish; when dried, they’re healthy and crunchy food.

Coming in at about 80 calories per cup and practically don’t contain fat — blueberries are packed with fiber to keep you fuller longer. Just a handful can provide you daily fiber requirement.

And even more, blueberries are an excellent source of manganese, which plays an important part in the bone development and converting carbohydrates and fats into energy. Blueberries have tons of vitamin C; one serving gives you almost 25% of your daily needs.

Vitamin C helps collagen formation and also maintains your gums healthy, as well as a healthy immune system. Cardiovascular disease is a public health concern in the United States, and the leading cause of death in both women and men. Obesity, high blood sugar, and high blood pressure are some of the common health problems that lead to increased risk of heart disease.

Mushrooms are a low-calorie food with only 18 calories per cup. They contain 90 percent water.

Recent studies have found that compounds in mushrooms may do everything from suppressing breast and prostate cancers and decrease tumor size, to bolster immune function.

Researchers also found that mushrooms, from the giant portobello to the humble button, contain high amounts of an antioxidant called L-ergothioneine. The scientific buzz is that fungi, for the moment, are the only foods that have this compound.

Until scientists work to figure out how these findings will translate to dietary advice, there are many reasons to eat mushrooms. Most of you might be surprised to learn that while orange juice is marked as one of the highest potassium foods; one medium portobello mushroom actually contains more potassium.