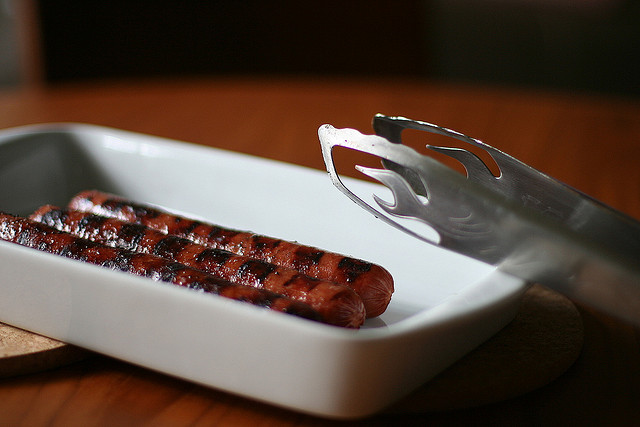 America is one of the world’s largest consumers of puffed, flaked and sugared cereals for breakfast. How did that happen when many were said to contain less nutrients than the boxes they come in?

People were introduced to this line by the cereal industry, but America’s favorite breakfast food actually contains little to none of its own nutritional value – even the cereal industry has to point out that you should eat it with milk, fruit, etc., in order to have a complete breakfast.

Those magically colored cereals are not such a bright choice. The FDA has noted that food dyes might contribute to hyperactivity in people with ADHD. The EU and UK have banned food dyes in food manufacturing; maybe you should ban the fake stuff from your breakfast table.

Despite the massive marketing campaign that the energy drinks are something that is healthy, these liquids are not doing you any favors, other than having a good taste with their complex chemical cocktail.

To start with, there is plenty of sugar. Try to find an energy drink that isn’t packed with it. You can’t because there is none. Then there are all the ingredients which include a laundry list of preservatives, artificial colors, artificial sweeteners, and emulsifiers; none of which do anything to help you realize your goal: being fit.

Despite what you see in commercials, drinking these liquids will not give your result wished for. You have to know better. Stick with water. Throw some lemon in it if the taste is too bland for you.

Same as energy drinks, protein bars are marketed to those who are trying to complement their active lifestyle with a healthy diet.

Many of the protein bars out there are doing more harm than good. Some say that most protein bars are really sugar bars dressed up as health food. You wouldn’t devour a Snickers bar thinking that it will make you fit? Maybe that protein bar isn’t such a good idea either.

Here is why. Many of these bars make use of sugar substitutes and artificial sweeteners that are especially problematic, like soy protein isolate. This is usually genetically modified soy and you are better off getting your protein from more natural sources like poultry or like lean meat.

Research shows that an alcoholic drink each day can help reduce your risk of heart disease. But, alcohol presents two problems.

Like sweets, it contains a high caloric content with little nutritional benefit. For most people the calories in the mixers of their favorite cocktails make a far greater barrier to lose pounds than the alcohol itself. Just 4oz of some margarita or daiquiri mixes can have upwards of 35 grams of sugar (about 7 tsp. of sugar)!

And even worse, the calories from mixers are the worst types of calories, simple and refined sugars. When they combine with the metabolic effects of alcohol, they become even worse. Also, consuming alcohol often leads to drinking more alcohol. Just one night out drinking can mean taking in thousands of calories you would otherwise avoid.