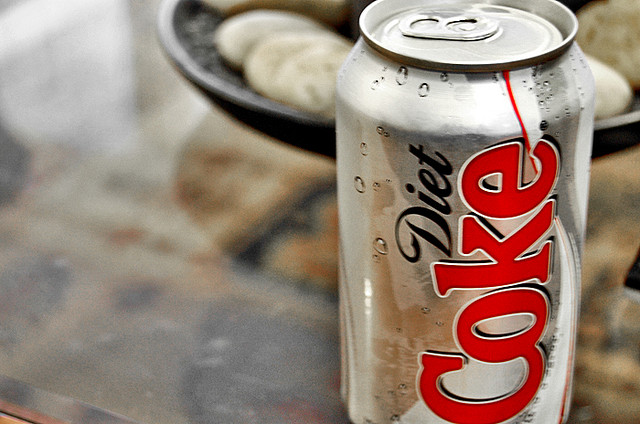 How many people do you know who lost weight just by switching from Coke? Probably not many. Unless followed by other changes in lifestyle, choosing diet drinks is useless.

What exactly is diet soda?

Diet soda is a carbonated beverage and instead of sugar, it is sweetened with artificial sweeteners, such as sucralose, saccharin or cyclamate. Almost every popular beverage, which is sugar sweetened, has a diet or light version, such as Sprite Zero, Pepsi Max, and Diet Coke.

These beverages are calorie-free, which should help people lose weight and also prevent sugar-related diseases, such as diabetes and metabolic syndrome. However, there is no evidence that these drinks have any use in weight loss or in the prevention of diseases.

The metabolic syndrome and the diet soda

A metabolic syndrome is a group of risk factors for a disease which usually occurs together and raises risk of stroke, heart disease, and diabetes. The metabolic syndrome is defined as having at least 3 of the following: elevated blood pressure, low LDL cholesterol, high triglycerides, high fasting glucose and abdominal obesity.

There is also an association between depression and diet soda. According to one study, individuals (51-70 years old) who drank soda were 30% more likely to be diagnosed with depression over a period of ten years. The connection was stronger for diet soda than regular soda.

The risk of type 2 diabetes and diet soda

In the past several decades, type 2 diabetes has increased at an alarming rate and now afflicts about 300 million people around the world. Type 2 diabetes is highly associated with sugar consumption and obesity, so more would argue that replacing sugar-sweetened beverages with calorie-free beverages would help.

However, there is no evidence that these beverages help against diabetes. One study has shown that people (45-85 years old) who consumed diet soda were at 65% higher risk of developing type 2 diabetes.

One of the main reasons why people switch to diet beverages is to cut back on calories in order to lose weight. However, it doesn’t seem to work. According to one study, consumption of diet soda was associated with double the risk of becoming overweight. Other studies have also shown a connection with weight gain and artificial sweeteners.

However, there was one randomized controlled trial in which 316 people were split into three groups. A control group, a group which replaced sugary soda with diet drinks, and a group which replaced sugary soda with water. There was no significant difference between all 3 groups at the end of the 6-month study. Diet soda, just like water, didn’t make things worse in this controlled trial but didn’t make them better either.