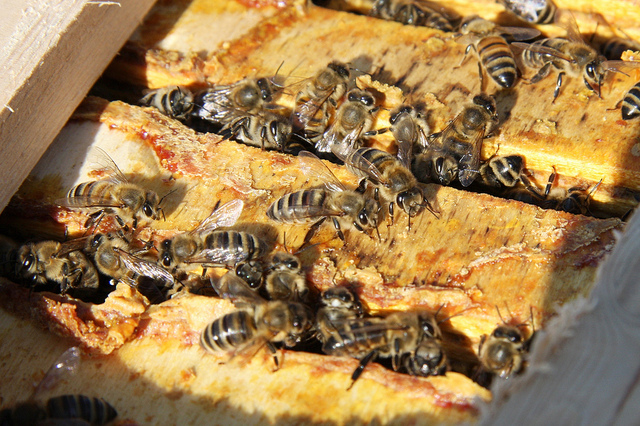 Propolis is a substance which bees collect from tree buds. Propolis is rich in flavonoids, which is a class of antioxidants and has a long history of use as a natural remedy for many health problems.

This substance can be found in small quantities in honey and is widely available in supplement form. It is also used as an ingredient in some medicinal products, such as creams and ointments.

In addition, propolis is sometimes found in throat sprays and nasal sprays, as well as in toothpaste and mouthwash.

There are many evidence that propolis can offer certain health benefits. Here are some known benefits, which have been available in studies.

Cold Sores: According to some researches, topically applying propolis can help heal cold sores. Scientists found that extracts of propolis possess virus-fighting effects which can help fight against herpes simplex virus type 1, which is a virus that causes cold sores.

Burns: One study has found that propolis can promote the healing of minor burns. The study has compared a propolis-based skin cream with those of silver sulfadiazine in patients with second-degree burns. The results showed that both were similarly effective in a treatment of burns. However, propolis appeared to offer greater anti-inflammatory benefits.

Diabetes: One animal-based research indicate that propolis may aid in the treatment of diabetes. Tests on diabetic rats showed that treatment with propolis helped reduce cholesterol and lower blood sugar.

Propolis is touted as a natural treatment for many health problems and conditions, such as peptic ulcer disease, influenza, inflammation, herpes, giardiasis, diabetes, cold sores, colds, canker sores, burns, bacterial infections, and acne. In addition, propolis is found to stimulate your immune system and prevent the decay of teeth.

Keep in mind that propolis shouldn’t be applied to the area around the eyes. There is also concern that repeated use of propolis may make people more prone to the development of certain allergies. Many supplements haven’t been tested for safety and for that reason the content of some products can differ from what is specified on the label of the product.

You should also keep in mind that the safety of supplements in nursing mothers, children, pregnant women, and those with medical conditions or who are taking medications haven’t been established. Avoiding or delaying standard care and self-treating a condition may have serious consequences.

Where to find propolis

Propolis is available in many forms, such as the lozenge, extract, powder, capsule, and tablet. When propolis is used topically, it is found in lotions, creams, ointments and other personal-care products. Products, which contain propolis, are sold in many natural-foods stores as well as in stores specialized in dietary supplements.