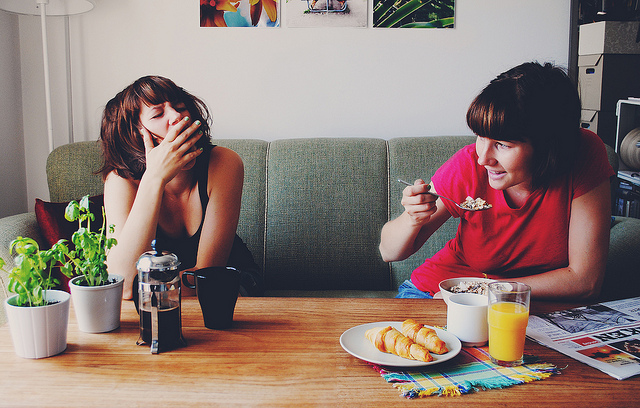 Diet is not a definitive science. The way foods interact with the body is different for every unique individual. However, there are always common nutrition aspects that one must follow. Now, the diet world is always abuzz with hundreds of nutrition advice. While some of them are very good (such as eat organic, avoid chemical preservatives), many common suggestions actually have no scientific basis!

A ubiquitous trend in the weight loss circles is to consider all fat as bad for health. So, you are restricted from taking in anything that contains fat.

This is essentially an exaggerated approach because fat is not bad, excess fat of certain kinds is bad. In fact, your body needs fat for deriving energy and providing protection to internal organs.

HDL or High-Density Lipoprotein is actually called ‘good’ cholesterol. LDL is bad. Trans-fat and unsaturated fatty acids found in fast foods are not good for health. Excess of HDL also leads to obesity. However, fat as a nutrient is not bad, but necessary for the healthy body.

This nutrition advice can actually be contradictory to your weight loss purpose. It always backfires because the body is famished from skipping the first meal.

As a result, you eat in excess in the lunch! This, in effect, adds up to be excess fat in the body. Again, you may say that it should work if one has the control to eat less in lunch and dinner along with skipping breakfast.

This is the very principle of crash dieting and it is also bad for health. You may lose weight drastically, but a huge percentage of it would be muscle mass and not stored fat! In addition, you may turn up with serious health problems such as lessened immunity and anorexia by eating less.

This, again, is a highly unbalanced proposition, unless you are careful to keep the servings in controlled amounts.

While it can be good to eat a little every two hours to keep hunger in control and supply the body with nutrition, yet it also grows into a sense of food addiction.

Eating is essentially a matter of self-control and many dieters plainly convince themselves that the extra food is not that bad! Instead of losing weight and having a healthy body, you may end up with unbalanced extra weight. Also, it can be a costly, time-consuming, and unrealistic approach. When you are at your workplace, it is plain impossible most of the times to take a break every two hours for a small meal!

This is actually a trend, taken to the extremes by food plans such as the caveman diet. According to the Paleo diet, a dieter emulates the caveman lifestyle, based mainly on roasted animal protein.

This is actually a largely flawed approach, because, please face it, we do not live in caves for many thousands of years now! In addition, the early men led an incredibly active physical life in their struggle for survival at that primitive world!

None of these vital aspects of the early life are applicable nowadays! Proteins take more time to digest, so unless you can pack in huge amounts of physical training, it is actually an unbalanced approach for your health. Also, excess protein deprives the body of other nutrients.

A very common approach followed by dietitians everywhere is to follow the calorie count of foods as the definitive index of dieting.

This generalization of calories is actually a flawed approach because of the complex metabolism systems of the body. Calories from proteins and carbohydrates are processed in different manners, for example.

So, calories from donuts make you feel fuller than calories from eggs. For a balanced approach, you need to consider the hormonal effects of different nutrients and how they are processed uniquely in the body. The bottom line is that not all calories are same! It also depends on an individual’s unique metabolism system.

Dietitians frequently recommend omega fatty acids such as Omega 3 and Omega 6. While it is true that these are largely healthy, yet unbalanced consumption leads to undesirable health effects.

Too much dependency on Omega fat coming from vegetable oils ultimately leads to internal inflammation, weakening the immunity. The fatty acids can damage cells up to the DNA level by generating free radicals when there is an excess of them.

In addition, the processing method of the vegetable oils makes them super rich in trans fat. The production methods also employ toxic chemicals such as Hexane. The polyunsaturated fat from vegetable oils (canola, soya, cottonseed, corn) lowers cholesterol, but they damage the heart in other ways.

Replacing natural butter with processed margarine is actually a horrible nutrition advice. Margarine is not food per se if you just have a look at its ingredients list.

It is nothing but a concoction of chemicals made to taste close to butter. It is rich in trans fat and damages the body with toxicity. Promotion of margarine as a replacement of butter is nothing but a marketing concept prying on your need to be slim.

It is made from vegetable oils, on the idea that it does not provide saturated fat to the body. However, this is totally a lying premise because vegetable oils are hardened by artificial hydrogenation to make margarine, and hardening actually causes it to change into saturated fats.

Many dietitians prescribe artificial sweeteners such as Aspartame in various forms to cut down on the sugar calories. In fact, consumers should know that the very approval process of including Aspartame in the food chain was highly controversial.

100% of the research results that were shown to validate the goodness of Aspartame were actually funded by the company that manufactures the product. On the other hand, among the independent research initiatives, 92% failed to clear it as safe for consumption.

One of the most popular health tips may not be a good one actually! By removing the yolk, you may be actually taking away all nutritional value from the food.

The white part of the egg is mostly protein and nothing else. The yolk, on the other hand, consists of all the essential nutrients that ultimately grow into a new life (unless it is used for consumption, that is).

Yes, it is undeniable that the yolk is very high on cholesterol, but that may not be so bad actually! In fact, it also depends on the unique metabolism system of the individual. Studies have shown that many women consuming yolk did not report any rise in cholesterol. Besides, the cholesterol in the yolk is HDL, which is a ‘good’ one.