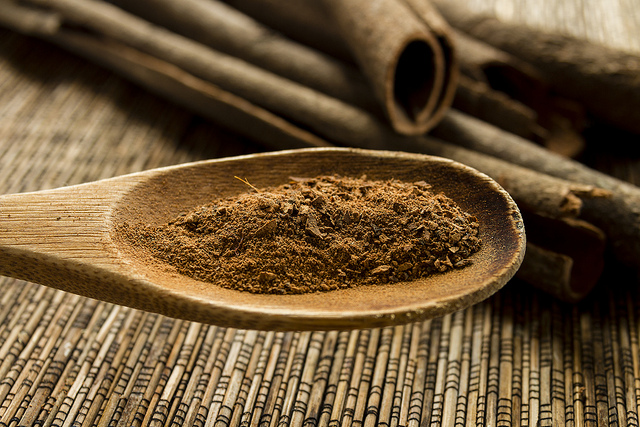 Cinnamon is the brown-colored bark of a cinnamon tree. When it’s dried it rolls into a tubular form which is better known as the quill. Cinnamon is available in two different forms: as the ground powder or quill form (cinnamon sticks).

There are around one hundred types of Cinnamonum verum, but Cinnamomun aromaticum and Cinnamonum zeylanicum are the most leading varieties consumed. “True cinnamon” is referred to Ceylon cinnamon.

Even though both are similar in characteristics and have similar fragrant, warm and sweet taste, Ceylon variety has more refined and subtle flavor. Ceylon cinnamon is rarer than the cassia in North America, and it is also less expensive variety. Ceylon cinnamon is produced in the Caribbean, Brazil, Madagascar, India and Sri Lanka, while cassia is produced in Indonesia, China and Vietnam.

Cinnamon is used to helping treat erectile dysfunction, the common cold, loss of appetite, diarrhea, infections, muscle spasms and vomiting. Cinnamon may also lower the blood sugar in people who have type 1 or type 2 diabetes. A chemical found in Cassia cinnamon, cinnamaldehyde, can help fight against fungal and bacterial infections.

Cinnamon may help prevent Alzheimer’s disease. CEppt and extract found in cinnamon bark have properties which can inhabit the development of the Alzheimer’s disease. A study has shown that cinnamon may be effective against HIV4. According to the study, the extracts which are most effective against HIV-1 and HIV2 are the Cardiospermum heliac bum and Cinnamomum cassia.

According to a study, cinnamon might stop the destructive process of multiple sclerosis, and eliminate the need to take some unpleasant and expensive drugs.
One researcher has revealed that diets which are rich in cinnamon, can help reduce the negative responses of the body to eating high-fat meals.

There is no established dose because cinnamon is an unproven treatment. It’s recommended to use 1/2 to 1 teaspoon of powder a day, but in one study it’s used from 1 to 6 grams. Keep in mind that very high dose might be toxic.

The risks of taking cinnamon

Usually cinnamon has no side effects. However, heavy use of cinnamon may cause sores or irritate the lips and mouth. In the case of some people it may cause an allergic reaction, and if it’s applied to the skin, it might cause irritation and redness. The high quantities of cassia cinnamon can be toxic, especially in people who have problems with the liver.

People who have diabetes may need to adjust their treatment if they use supplements with cinnamon, because cinnamon may lower the blood sugar. Since there is the lack of evidence about its safety, it is not recommended for women who are pregnant or children.