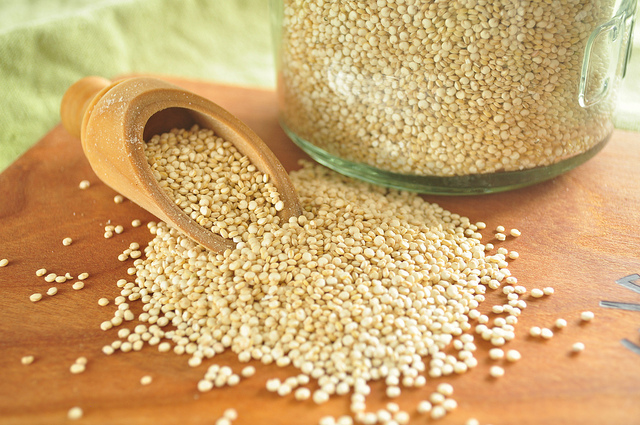 Quinoa is a great food and it’s highly recommended by many doctors and nutritionists for its plethora of health benefits.

Quinoa is connected to the spinach family and it’s derived from the seed of the quinoa plant, so it more a super grain. A long time ago, quinoa was the main choice of the ancient Incan diet.

However, quinoa is popular even today, mostly in North America, for its health benefits, and in this article, we will look what are the advantages of this food.

According to one study, it is recommended to add quinoa or buckwheat to products which are gluten-free in order to significantly increase their polyphenol content, in comparison to typical gluten-free products made with potato flour, corn, and rice.

Products which are made with quinoa or buckwheat have more antioxidants when they are compared with both the control gluten-free products and wheat products. Also, it is important to note that antioxidant activity decreases with breadmaking and increases with sprouting.

There are many chemistry, functional, composition and nutritional properties of quinoa. Pseudocereal has a great amino acid balance, the remarkable nutritional qualities, a high protein content (15%), and notable Vitamin E content. Besides its nutritional profile, quinoa is recommended food for manufacturers because of its great functional properties, such as freeze and viscosity stability.

Scientists studied ten traditional Peruvian legumes and grains for their potential in managing Type 2 diabetes in early stages. They discovered that quinoa was extremely high in an antioxidant named quercetin and that quinoa had the biggest overall activity of antioxidants (85%) of all then foods which were studied.

The second place in antioxidant activity took kañiwa, a quinoa’s cousin. This study led the scientists to conclude that quinoa and other traditional crops found in the Peruvian Andes have a great potential in developing very effective dietary strategies for fighting type 2 diabetes and all associated hypertensions.

One study in Italy has compared quinoa, buckwheat, and oats in order to see if any of them showed promise in fighting with the control of appetite. In three conducted experiments, one for each grain, people’s satisfaction and subsequent consumption of calorie were compared, after eating wheat or rice and after eating the study grain.

Each study grain had a bigger Satiating Efficiency Index (SEI) compared to rice or wheat. The lowest in appetite satisfaction was, in fact, white bread. However, even though the people felt fuller from eating the study grains, they didn’t cut their calories during the next meal.

In a different study, researchers have compared the digestibility of foods which are gluten-free in the lab (in vitro) and then with a group of healthy people (in vivo). The goal of the researchers was to gauge the effect of the different foods on postprandial insulin and glucose response, and also to measure free fatty acids and triglycerides after eating.