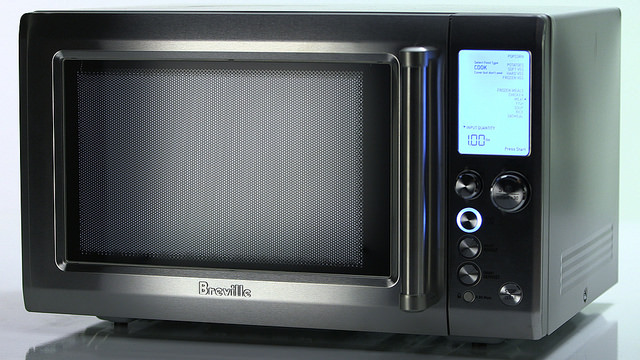 But how does a microwave oven work and even more importantly, is using one bad for your health? It seems reasonable to be concerned about their safety since microwave ovens are a form of radiation. This article will address the usefulness and safety of a microwave oven as a part of a healthy, everyday lifestyle.

Many people believe that microwaved food is bad, either because the microwaves themselves render the food unhealthy or because microwaving destroys nutrients. Just like all cooking methods, microwaving does reduce nutrient content of food to a certain degree. However, according to studies, food which was microwaved may actually be healthier in comparison to conventional cooking methods. Just like sound waves and radio waves, microwaves are part of the electromagnetic spectrum.

They are not only used for food, but also in radar, mobile phones, and TV broadcasting. Radiation of microwave is non-ionizing. The way microwave ovens cook food is by emitting waves of energy which cause compounds in your food to vibrate, especially water molecules. The water molecules vibrate against each other, which generates heat through friction. This can be compared with the process in which you feel your hands get warmer when you rub them against each other.

Although some people associate microwaves with nuclear radiation, there is, in fact, nothing nuclear about microwave technology. However, for this reason microwaving food is often referred to as nuking. Microwaving your food doesn’t affect healthfulness of the macronutrients, such as fats, carbohydrates, and proteins, in slightest or the caloric content. Each heating method, along with microwaving, denatures proteins. Denaturation renders proteins functionless.

However, there is no need to depend upon the function of the proteins in the food which you eat, since there is the same denaturing effect in your stomach. You should also know that denaturing proteins doesn’t reduce their nutritional value. Vitamins are micronutrients which are very sensitive and your body cells need them in order to stay healthy. There are many studies which have shown that cooking reduces the content of vitamins in your food to a small degree.

Studies have also noted that all foods which are cooked contain a lower content of vitamins in comparison with raw foods. This is especially true for vegetables. A person has to eat a little more of a cooked food than its counterpart raw food in order to get the same nutritional benefits. In general, increased cooking time decreases the content of the vitamins in a food.

Therefore, food which is cooked for a shorter period of time contains more of the original vitamins in comparison to food which is cooked longer, regardless of the cooking method. Many studies have shown that microwaved vegetables actually keep more vitamin content than vegetables which are cooked conventionally because microwaves cook food to the same degree in a shorter period of time.