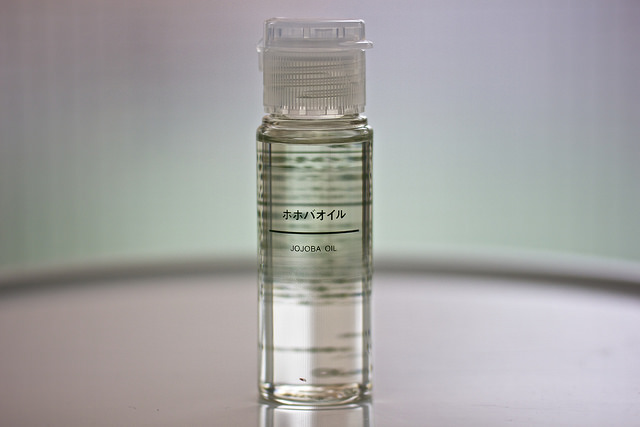 Jojoba oil is made from the seeds of a plant which is known as Simmondsia Chinensis which grows in regions of the southwestern United States, northern Mexico, and some part of Africa.

After it’s processed into liquid wax it’s used in a lot of cosmetic products, such as sunscreens and moisturizing lotion.

Even though jojoba shouldn’t be consumed orally because of potential toxic effects, it has been used for dermatological benefits. It’s used topically for fighting acne and reducing skin inflammation.

Even though jojoba has a long history of use, very few scientific studies have shown it’s health effects. However, several preliminary research studies showed that jojoba may have certain health benefits. From the available studies, there are some key findings on jojoba.

Jojoba oil is usually used as a skin moisturizer and it’s proved to he useful in keeping the production of sebum on the skin. Putting a mixture of olive oil and jojoba oil on your face can be helpful in maintaining your face moisturized for a full day. It is found to be valuable for both oily as well as dry skin.

By using the jojoba oil skin care can be done in a much efficient and easier way. Applying a small amount of jojoba oil over your skin is useful in maintaining them soft and smooth. This is also good for prevention of skin troubles such as wrinkles. Also, jojoba oil can help you look younger and more attractive.

It has been proved that jojoba oil has benefits in preventing a lot of bacterial as well as fungal infections. Jojoba oil can be very effective in killing the microbe and hence curing the infection efficiently and completely in case of bacterial or fungal infections. This is possible thanks to the antimicrobial properties of jojoba seeds which is one of the herb’s important benefits.

This oil can heal several skin disorders and eczema is also included. Putting a layer of warm jojoba oil on the sun burnt skin is very useful in curing the problem. In addition, canker sores and warts can also be cured completely with this oil. This is considered one of the valuable benefits of jojoba oil.

It’s important to remember that self-treating a condition and delaying or avoiding standard care might have very serious consequences. So, if you’re thinking about using jojoba oil for some health purpose then you should consult your doctor first.