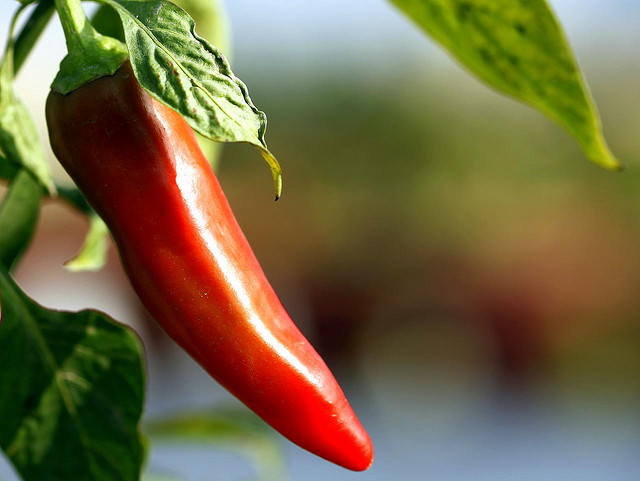 There is no winner in a contest which matches people against some of the hottest chili peppers in the world. There are many competitions around the world in which people eat very hot chili peppers.

At each competition, some of the competitive eaters are writhing on the floor in agony, fainting, and vomiting. Many people are overwhelmed by the number of casualties and ambulances during these competitions in which people are trying to eat as much as possible of hot chili peppers.

Most of the competitive eaters, who take part in the challenge, drop out after witnessing the first diners of collapsing, sweating, vomiting and panting. So, what exactly are the health impacts of eating very hot chili peppers? Can actually eating too much of the spice stuff kill you? And, if no, what damage does it make? In order to answer these questions, we have to look at some facts, which are associated with long-term effects of eating really hot spicy food.

According to many experts, chili peppers (or chili peppers, as some people call them) can indeed cause death. However, most people’s bodies would falter long before they reached that point. In theory, a person could eat enough really hot chili pepper and die. In 1980, one study has discovered that 3 pounds of extreme chilies in powder form (or something like the Bhut Jolokia), eaten all at once could kill a 150-pound person.

However, you should know that this scenario wouldn’t likely have a chance to happen. A person’s body would react sooner and would not allow it to happen. A person would have to eat it all at once. On the other hand, taken over the course of 12 months, those 3 pounds of chilies would not be harmful. Hot chili peppers cause the rev up of the insides of a person who eats them, which can come with certain problems.

Chili peppers activate sympathetic nervous system (this system helps control most of the internal organs in the body), in order to expand more energy. Therefore, the body burns more calories when the same food is eaten in combination with hot chili peppers. There are many experts as well as studies, who confirmed that eating hot chili peppers is associated with increases in metabolic rate as well as thermogenesis.

The active ingredient in hot chili peppers called capsaicin does cause tissue inflammation so the mucosa of the stomach or intestines might be damaged by a very significant and sufficiently large dose. The inflammation of tissue could explain why many contestants in so many contests said that they felt like chainsaws were ripping through their insides. In addition, too much of the spicy food can also give you a good case of heartburn.

You should be very careful out there and eat in moderation when it comes to spicy food, since enough of the hot stuff won’t kill you, but can cause some serious damage to your body.