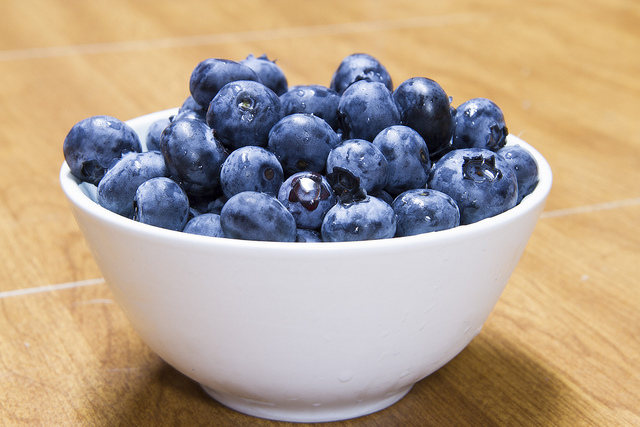 Eating for the healthy heart means paying attention to fiber, limiting unhealthy fats such as saturated and trans fats, filling your plate with vegetables and fruits, and eating fish several times a week.

Even though no single food can cure all, some foods can improve your heart health. In this article, we will look up for these 7 foods which can help you lower your risk of heart disease.

Salmon and some other fatty fish such as mackerel and sardines are the rock starts of heart-healthy foods. The reason for this is a huge amount of omega-3 fatty acids, which has been shown in studies to lower the risk of atherosclerosis (plaque build-up in the arteries), arrhythmia (irregular heart beat), and decrease triglycerides. It is recommended to eat fish, preferably fatty fish, at least twice a week. Also, omega-3 fatty acids come in a form ad dietary supplements.

Blueberries, strawberries and also any other berries. In one study it has been shown that women aged 25 to 42 who ate at least three servings of blueberries a week had a 30% power risk of heart attack as opposed to those who ate less. The reason for this are compounds known as anthocyanins (flavonoids) which can dilate blood vessels and decrease blood pressure. Anthocyanins give plants their blue and also red color.

This includes walnuts, almonds, peanuts, macadamia nuts, and pistachios, all of which have fibers that are good for your heart. In addition, they contain E, which lowers bad cholesterol. And some of them are high in omega-3 fatty acids, such as walnuts.

Many people have avoided in the past nuts because they are high in fat. However, a lot of studies have shown that people who ate nuts on a daily base are leaner compared to those who didn’t. People who are lean are at a lower risk of heart problems.

According to one study, people at high risk for heart disease, who were on the Mediterranean diet (which is high in fruits, vegetables, and grains) supplemented by at least four tablespoons a day of olive oil and nuts reduced their risk of strokes, heart attacks, and dying by 30%.

Olive oil contains a lot of monounsaturated fats, which can reduce both blood sugar levels and cholesterol. Olives themselves, both black and green, are also a great source of “good” fat. In addition, the add a lot of flavor to salads.

Small amounts of any type of alcohol, especially red wine, are thought to lower heart disease risk. However, bigger amounts, more than one or two drinks per day, can actually increase the risk. While some researchers say resveratrol, a polyphenol found in red wine, gives that beverage additional benefit, it has been discovered that any type of alcohol works also, if consumed in moderation.

Just like with coffee, none of these properties are a reason for someone to start drinking alcohol. Also, you can get resveratrol from sources which are non-alcohol, such as natural grapes and peanut butter.

You really cannot go wrong with vegetables, when it comes to your health. However, green vegetables can give an additional boost to your heart. These contain a lot of carotenoids, which act as antioxidants and they can also free your body of many potentially harmful compounds. In addition, vegetables are high in fiber and have many minerals and vitamins. Green vegetables are great health-promoting foods, and some of them, such as kale, contain omega-3 fatty acids.

Pomegranates have a lot of antioxidants, including heart-promoting anthocyanins and polyphenols, which can stave off hardening of the arteries. According to one study, it has been discovered that a daily dose of pomegranate juice over three months improved a blood flow to the heart in the patients. Ultimately, it is good to have variety in the diet. In case you cannot afford pomegranates or you don’t like them, go with apples, which also have plenty of health-promoting compounds.