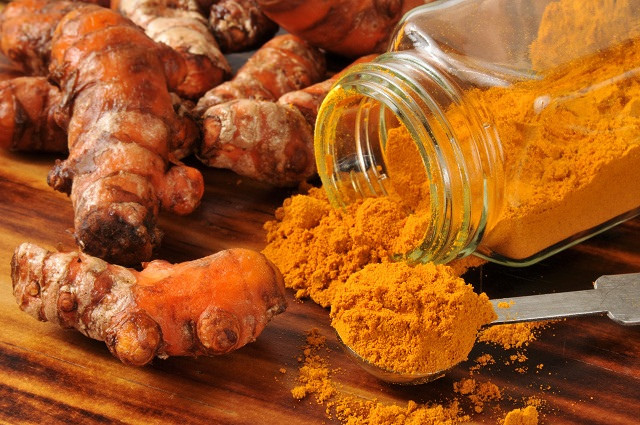 If you’ve ever eaten or cooked Indian curry then you probably know that the turmeric is main spice in it. However, turmeric is much more than that.

In India, this plant has already been used for centuries as a folk remedy for various diseases. The active ingredient which is responsible for its healing properties is called curcumin.

Turmeric is related to ginger which is also known as a folk remedy. Turmeric is a natural cure in China and India for the whole range of diseases: for gallstones, ulcers, arthritis, dementia, digestive problems, heartburn, liver problems, headache, menstrual problems, eye infections, skin problems and even cancer. But let’s be real for a moment, not a single plant on the planet is so miraculous.

Turmeric really is a plant with great potential but at more than a half of a specified conditions has almost no effects. Folk remedies have such a reputation that are used for both: in conditions when they can help, but in a condition when they have no effect. The placebo effect can fool anyone because sometimes it is enough to think that you are cured if you just feel this way.

Since the purpose of this article is to provide only truthful information and dispel myths, we’ll stick to scientific research.

1. What are turmeric proven benefits?

Although there are a lot of studies showing how turmeric impacts the health, all its effects on the body have not yet been explored. However, for some health benefits of turmeric, there is already enough evidence.

2. The cure for indigestion and ulcers

Few studies have shown that turmeric is effective for digestive problems such as gastritis, flatulence or heartburn. After four weeks of taking the pills with turmeric extract, 48% of patients lost their stomach ulcers or duodenum. After 12 weeks, as many as 76% of patients cured the ulcers. Patients without ulcers who had digestive problems in the form of erosion, gastritis, and dyspepsia also felt the beneficial effects of turmeric.

The incidence of Alzheimer’s disease among people of 70-79 years in India is 4.4 times lower than among people of the same age in America. It is speculated that the reason for this is the fact that turmeric is used in India as a spice in curry. Scientists have investigated the connection between eating curry and mental abilities in a sample of 1010 people from Asia aged 60 to 93.

They found that people who consumed curry at least once a month had better results on tests of mental ability. The reason why scientists have high hopes in turmeric is that Alzheimer’s disease is associated with inflammation, oxidative damage and the toxicity of metals and turmeric reduces inflammation, is a good antioxidant and binds to toxic metals like lead and helps the body to more easily dissipate.

4. Rheumatism, arthritis – inflammation of the joints

Many people have found salvation from the pain brought by arthritis by taking pills with extract of turmeric. It is well known that turmeric reduces inflammatory activity throughout the body by acting on the COX-2 enzyme responsible for inflammation in the body.