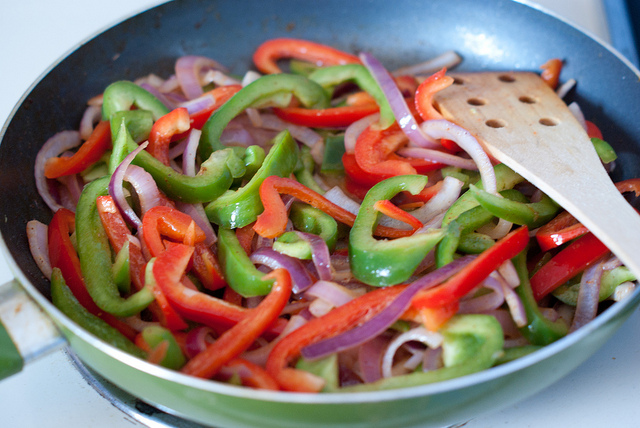 If you are trying to lose weight or you just want to eat more vegetables, the first thing you do is change the way you cook.

While some healthy home-cooking practices follow common sense, such as steaming vegetables instead of frying, others can be a bit murkier. By avoiding these cooking mistakes, you can prepare interesting, tasty vegetables that will tickle the taste buds.

By far the most common reason food is ruined is overcooking. When vegetables are cooked too long they lose their color, sweet flavor and crisp texture, making them far less appealing. Remember that most veggies can be eaten raw, so cooking should just enhance their flavor and make them a tad easier to chew. The best way to avoid overcooking is to check the ingredients before you expect it to be done. Take sample bites during the cooking process, and don’t be afraid to end earlier than a recipe says if the taste is good.

2. “Shock” vegetables at the right time

Toss asparagus, broccoli, or green beans into boiling water for two to six minutes, they’ll keep their color and their crisp-tender texture. But if you don’t “shock” those veggies at that point (by removing them out of the boiling water and placing them into ice water or at least rinsing under cold running water) to stop the cooking process, the heat will continue to cook them to the point that they turn dark green and flabby. This is not a concern if you serve them immediately.

3. Cook with the seasons

There are plenty of seasonal foods at your local grocery and they will taste better (and also be cheaper) than anything artificially ripened and/or shipped from another hemisphere. Even if you can’t make it to the farmers market every few days, you can still find seasonal vegetables in your grocery store.

A little salt goes a long way, and sometimes just a pinch can save an otherwise bland and boring meal. If you’re wondering why a healthy eating website is recommending something that everyone tells us is unhealthy, keep in mind that more than 70% of the sodium consumed by Americans comes from processed foods. So if you’re preparing fresh vegetables at home you’re already winning the salt war. Besides, if it’s getting you to eat more veggies then it is a really good thing.

Don’t just toss different veggies of any shape and size in a pan and sauté because it looks good in a recipe book. Chop vegetables evenly or else they take longer to cook and lose nutrition in the process. Also, add vegetables to the pan according to the time each will take to cook and not all at one go.

6. Don’t throw away nutritious parts of the vegetable

Most recipes use only the white and lighter parts of scallions but the darker parts have the most phytochemicals and the most nutrients. Ignore the recipe instructions and use the dark parts to maximize the phytonutrient content. Beet greens are also often discarded but these are actually higher in antioxidants compared to similar roots. Vegetable peels have more antioxidants than the rest of it. You can roast them and eat as a tasty chip-like snack.