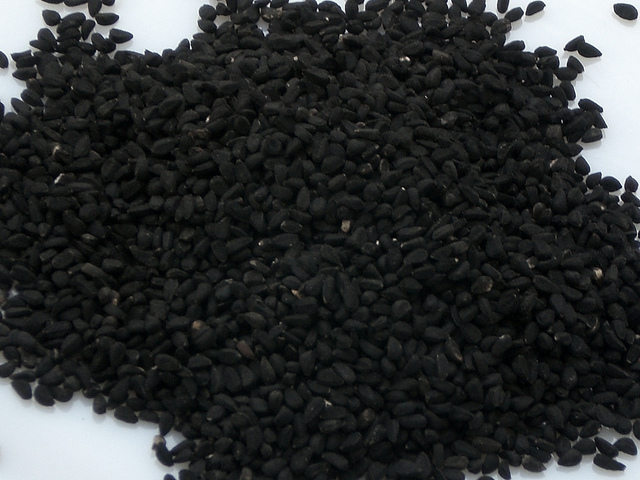 The black cumin seeds are one of the most intriguing seeds in the world. For many years its health benefits have been the mystery. However, now scientist begin to recognize them. The black seeds originally come from Egypt.

The seeds grow in a small pod and in order to get them out, water must be poured over it. They are called black cumin a fascinating spice because they contain a substance called crystalline nigellone.

There are many studies which have found that just two grams daily of black seed could reduce fasting blood sugar levels, decrease insulin resistance, and increase beta-cell function in the pancreas.

According to many cell studies, it has been discovered that black seeds have anti-cancer properties, inhibiting the growth of colon cancer cells. One animal study has found that the seeds were able to fight colon cancer in rats successfully without observable side effects. However, the same obviously cannot be said for the conventional cancer treatment.

According to one study, it has been shown that an extract from black seed contains heart-protective qualities, boosting overall heart health, and dampening damages associated with heart attacks.

The antibiotic-resistant and deadly bacterial infection, which is commonly known as MRSA, responded favorably to treatment with black seeds in one study, which was conducted in the United States.

There are many studies which have linked a thymoquinone extract from Nigella Sativa to increased apoptosis (cell death) in breast cancer cells and reduced breast cancer tumor growth.

According to one study, the black seeds are effective at reducing the frequency of seizures in small children who resisted conventional treatment. The black seeds indeed have anti-convulsive properties.

According to a study, it has been shown that thymoquinone from black seeds can induce cell death in glioblastoma cells. Glioblastoma is, in fact, one of the most dangerous brain tumors of all.

One study, which has been conducted in the United States, has shown that black seeds are able to dampen and reverse damage to the brain sparked by lead toxicity.

Another study has found that thymoquinone from Nigella Sativa is able to induce cell apoptosis in oral cancer cells.