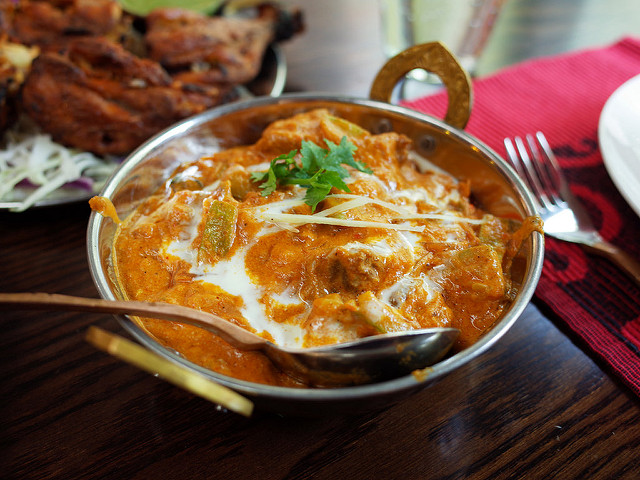 1. Not all Indian meals are hot

Even though Indian food can contain high amounts of spices, like chili powder and pepper, it doesn’t’ have to be like that. Many people think that all Indian food is spicy and hot.

Also, if you don’t prefer many flavors, there is a wide variety of Indian meals that you’ll love, with only a few spices. You can even make your own tasty Indian meal at home. Indian meals vary from region to region, but you will certainly find something tasty to eat. If you haven’t had Indian food, give it a go.

2. Not all Indian meals are high in fat and unhealthy

Many people think that Indian food isn’t healthy. Even though there are Indian meals that contain large amounts of fat, not all Indian meals are high-fat meals.

Most Indian meals have a variety of fruits or veggies. They also contain grains or dairy. Indian food is one of the healthiest foods in the world. Many Indian meals contain lentils, which provide us with protein.

3. Curry powder is not a single spice

Curry is the most popular meal in India. But, curry powder not a single spice. It is actually a mixture of spices. Even though the basic mixture doesn’t change much, curries can vary from one place to another.

So, you don’t need curry powder to prepare an Indian curry. You can also prepare your own curry powder at home and find a good recipe and make your own, with its own unique texture and flavors. This curry will also be more authentic and tastier.

When you order your food at a restaurant, make sure that you read all the ingredients carefully or to ask somebody about the taste of the curry that you like. If you like to try new foods, go to the first Indian restaurant you find.

4. Curry powder is not the main ingredient in Indian cuisine

It is not true that almost all Indian dishes contain curry powder. Most Indians like to prepare their own mixture of spices instead of curry powder.

They use Garam masala, a mixture of fresh spices and each person has its own way of preparing Garam masala. It is very easy to make it and it is used in most Indian recipes. ‘Garam ‘refers to heat and ‘Masala’ means a mixture of spices, so Garam masala means ‘hot spice mixture’.

Once you make your first Garam masala, you can experiment until you find your favorite Garam Masala recipe. You can also use curry powder instead of Garam masala, but Garam masala tastes more authentic than curry powder. Like curry, it also provides many health benefits.

5. Rice is native to Thailand

Did you know that rice isn’t Indian food at all? Rice was imported from Thailand. Today, rice is the most common food in India.

India produces more than 20 % of the world’s rice production (more than 700 million tons. Rice is food to about 1/2 of the Indians. For this plant to grow successfully, rice needs areas with both, warm and wet seasons.

Those areas can be found in India and are needed for the rice to grow successfully. In certain in India, rice is harvested to twice per year. India’s rice harvest is very important in India. Indians even celebrate when they harvest rice, because this plant is a staple food in their country, and it is eaten in almost every Indian household.

6. India is also known as ‘land of spices’

India is also known as ‘Land of Spices’. India is the largest world spice producer. The most known spices produced and exported from India are cinnamon, black and white pepper ,cumin and cardamom.

Spices are the best-known and most widely used in Indian dishes. The search for tasty spices was the reason why the American continent has been discovered. They never found the spices and India, but they have discovered a new continent.

Spices have amazing aromas; they can enhance the taste of the food, but also provide many health benefits. In India, you can find the most known spices that had been used for centuries in the Indian kitchen and today they spread their tastes all over the world.

This delicious chicken dish is a staple in most Indian households and became well known in many households in the world. Tikkas are small pieces of chicken that are marinated and baked in the oven. Masala is ‘mixture of spices’ that is based on ingredients that you like.

Each piece of chicken is marinated and baked in the tandoor oven, and after baking it must be marinated in tasty tomato sauce, mixed with spices. Chicken Tikka Masala is traditionally served with Naan bread or rice.

8. In India, pepper is one of the most popular spices

Pepper is made from pepper berries that grow in humid areas of India. This spice has been used in in ancient Greece and Rome, when ships loaded with gold were sent to India.

It was also used for its health benefits. Pepper powder is more commonly used in cooking and other spice mixtures but whole pepper berries (or peppercorns) are also used in a wide variety of dishes (salads, meat, fish, sandwiches, stews, and other..).

Dried ground pepper is also known to have many health benefits. Several studies have found that pepper may help against cancer. Pepper also contains fiber. Fiber is beneficial to your digestive system. It also has minerals which are important for healthy bone development.

9. Saffron is one of the most expensive spices in the world

Saffron grows only in Kashmir and Jammu. This spice isn’t available everywhere, so it is really expensive. Saffron is also used in Indian cooking.

It is used in some parts of the world for making perfume. It has the unique aroma, and it is derived from the crocus flower. Saffron is hand harvested and is known for its health benefits. The dried stigmas of saffron are collected and dried and used as in Indian cooking.

It also can be found in Greece. Saffron contains carotenoids, fat-soluble nutrients that help lower inflammation and oxidative stress. Carotenoids are yellow or red pigments produced by a plant. They are also important nutrients for eye health. And even more, it can reduce your risk of Alzheimer’s disease.

10. Turmeric goes well in any dish

You can add turmeric in almost any meal and it will be amazing! You can use it as the fresh turmeric root or as dry root powder. India is the largest producers and consumers of turmeric in the world.

Turmeric is mild and adds color to any dish. This yellow spice also provides many health benefits. Turmeric is a member of the ginger family. For thousands of years, this spice was u used as a natural dye for cloth.

In India, this yellow spice is used in rituals (wedding) and beauty rituals (for healthy and glowing skin). People in India consider it to be ‘skin food ‘. Several studies have found that a group of compounds (curcuminoids) has been known to kill cancer cells.

11. Kulfi is the most popular Indian ice cream

Kulfi is a traditional Indian-style ice cream. The major difference between the ice cream and kulfi is that kulfi isn’t whipped, contains less air than ice cream, making it more solid.

It is so easy to make your own kulfi at home and garnish with chopped pistachios. Kulfi is frozen in cone shaped, kulfi molds. This tasty dessert is traditionally served in ‘matka’, an earthen cup.

You can buy kulfi in kulfi molds that can be found in most Indian stores. The kulfi molds are filled with kulfi and then covered with a damp maroon cloth. This not only looks very attractive but also saves your ice cream from getting frostbitten. The word ‘kulfi’ comes from the Persian term for a covered cup.