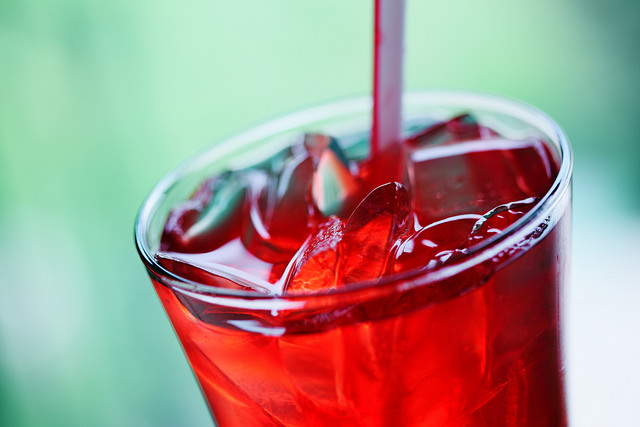 When was the last time your child had a bottle of flavored water for lunch or a glass of juice for breakfast?

Those drinks may seem like nutritious options, but do not be fooled by their labels, because many of these drinks are riddled with unhealthy ingredients and sugar.

In fact, according to one study, these sugary beverages, which include, fruit and juice drinks, soda, flavored waters, sports drinks, and energy drinks, easily contain 14 to 30 grams of sugar per 8-ounce serving.

These sugary drinks have many negative impacts on children’s health, even though the study finds that many parents believe them to be healthy. Next time before you buy another sports drink or juice box, take a look at the following four facts. The favorite drinks of your children are not nearly as nutritious as you may think.

1. They contribute to the obesity epidemic

It has been estimated that 70% of boys and 60% of girls between the age of 3 and 17 drink at least one sugary beverage each day. Beside these drinks provide little or no nutritional value, they can increase the probability that a child becomes obese. According to a study, the likelihood a child becomes obese increases by 50% for every 8-ounce sugary beverage consumed each day.

Many pediatricians begin to see health problems in overweight children which they used to only find in adults, including high cholesterol, high blood pressure, and high triglyceride levels. These three can put children at risk for stroke, heart disease, and diabetes. However, you can decrease children’s obesity risk when you eliminate or reduce the number of sugary drinks they consume.

2. They are harmful to teeth

One of the most significant sources of tooth decay is the consumption of sugary drinks. This is due to the acids as well as acidic byproducts found in soft drinks, which contribute to the formation of cavities. Tooth decay is one of the most common chronic childhood illnesses in the United States and is 5 times more prevalent than asthma.

Sugary beverages are a leading factor of tooth decay because they contain low pH levels, which is a leading factor in enamel erosion. Just a single sports drink or one bottle of soda can cause extensive damage to tooth enamel, especially when it is slowly sipped.

3. Many sugary drinks are labeled as healthy, but they actually aren’t

Diet soda seems like a good alternative to sugary drinks, but you should be just as wary of this sugar-free, zero-calorie option. Many experts note that diet drinks are chock-full of caffeine and artificial sweeteners, both of which are not recommended for children.

Large doses of caffeine can be dangerous for teens and children, and artificial sweeteners haven’t been tested in children. The daily consumption of diet soda can cause several serious health issues, including kidney problems, diabetes, and obesity. A far healthier alternative to diet soda is low-fat milk or water.