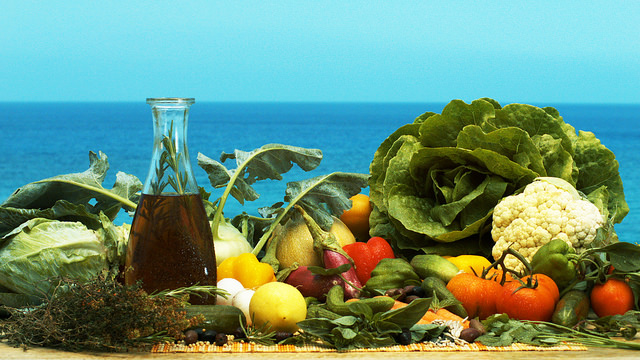 Eating a diet which follows rhythms of nature is one of the best fads to hit the mainstream since the term locavore was coined several years ago.

There is much evidence at farm-to-table restaurants and farmers’ markets everywhere in the United States proudly featuring just-pickled produce week after week.

However, eating this way is far from a passing trend. It is how people ate not so long ago, before diabetes, heart disease, and obesity had managed to wheedle their way into every corner of the country. The benefits of eating seasonal food are many.

It is better for small farmers and your community’s economy, it’s cheaper, and it’s an excellent way to keep in step with the natural world. Eating seasonally is especially a great way to boost nutrition. Here are 5 health benefits of eating seasonally.

When a food is grown under the appropriate growing conditions, in its proper season, it exhibits all of its natural nutrients. There are many studies which have shown that crops can have up to three times more nutrients when grown in season. Seasonal vegetables and fruits don’t have to endure a long journey, and for that reason, they don’t lose those vital nutrients.

This is really simple. Fruits and vegetables are easier to grow in their proper season, making them more abundant, less time-intensive, and cheaper for buyers. Sometimes you will find specials on seasonal produce, since there is just too much of it, and it has to be used up.

3. A greater variety of ingredients

By eating foods in the season you will increase a variety of vegetables and fruits in your diet. You will also have to expand your culinary repertoire in order to include foods which are abundant during the current season. However, you will be really surprised with the results. You can find out that you actually like a certain fruit or vegetable which you would never have tried before. You will also learn to appreciate each ingredient even more.

4. It’s better for the environment

Seasonal vegetables don’t have to travel a lot in order to reach their destinations, which reduces the amount of fuel required to transport them. On the other hand, those out-of-season vegetables usually undergo chemical washes and wax coatings in order to keep during the long transportation. Seasonal eating significantly reduces the need for these practices, while also reducing your carbon fingerprint.

Cost reduction, health benefits, and a reduced carbon footprint are all great reasons to eat seasonally. But let’s be honest, all we really want is to eat delicious food. It is well-known that food grown in season is more delicious compared to food grown out of season. The flavors are more developed and stronger, the textures are as they should be, and for those reasons, you appreciate them more.

In addition, you can always preserve them in cans. Buy perfect Spring strawberries and turn them into the jam which you can enjoy for many months to come. Cucumbers can be pickled, and tomatoes can be canned, and your favorite flavors can be eaten at their peak during the year.