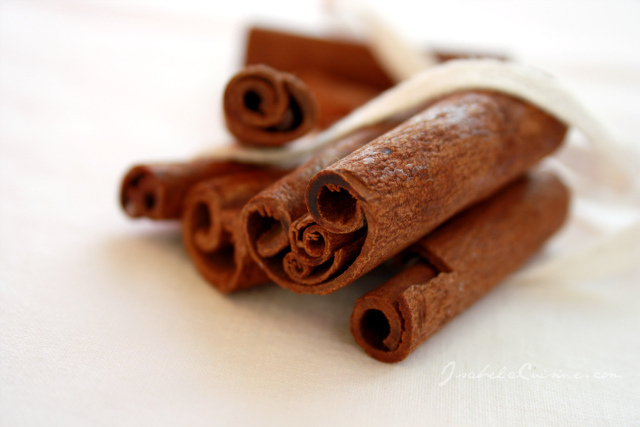 Cinnamon is one of the best spices in the world. In addition to adding flavor to various dishes, cinnamon provides many health benefits. Researchers have been looking at how cinnamon works in the human body.  Recent studies have found a link between cinnamon and weight loss:

The medicinal properties in cinnamon been known for centuries. You can find this spice in most grocery stores (in powder, extract and stick form). Cinnamon is high in essential vitamins A, K and minerals calcium, manganese and iron. This healthy spice also contains fiber (one tsp. of cinnamon contains 1.5 grams of fiber). Plus, cinnamon contains coumarin, a blood-thinning compound.

Recent studies have shown that people who consumed cinnamon on a regular basis lost more weight than those who didn’t consume cinnamon at all. There are many ways to incorporate more cinnamon into your daily diet. Cinnamon is not only tasty but super versatile and can be used in almost any dish. You can use it in your cappuccino, cocoa, tea, or even add it to your to coffee

Recommended daily amount of cinnamon for weight loss is only ½ teaspoon daily. However, moderation is a key to potential health benefits.

You can also use it in sweet desserts or savory stews. Add some cinnamon to your smoothies or morning oatmeal.  One common recipe for cinnamon weight loss combines cinnamon, honey, and hot tea. By following this regime you can lose 3- 5 pounds within one week. Both cinnamon and honey provide a wide range of health benefits, and they have antioxidant properties.

Besides its antioxidant properties, cinnamon also has cancer-fighting, cholesterol-lowering, anti-inflammatory and antimicrobial benefits. A recent study has shown that people who consumed cinnamon (3 grams per day ) on a daily basis for 1 year had a lower chance of developing Type 2 diabetes and lost more weight, compared to people who didn’t consume cinnamon.

Cinnamon helps to fight inflammation and lower your bad cholesterol. It has also shown to reduce oxidative stress. This is beneficial to weight loss. Cortisol is a steroid hormone is released in response to stress. Stress increases cortisol, which raises blood sugar.

Too much cortisol can cause higher blood pressure, diabetes, lowered immunity, and weight gain. As cinnamon has been shown to help reduces stress, less cortisol would be produced. Cinnamon can help you to lower cortisol levels more easily.

Besides its weight loss properties, cinnamon can also help to remove dead skin cells, enhance cognitive abilities and memory, remove acne and pimples, prevent heavy menstrual bleeding, reduce the blood level of testosterone in women and increase the levels of progesterone. It also people who suffer from neurodegenerative diseases such as Parkinson’s disease, multiple sclerosis, Alzheimer’s disease and other diseases.