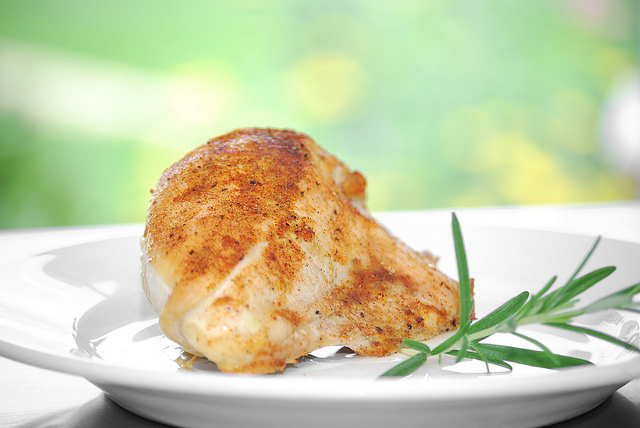 You have probably heard many times about superfoods that promise tons of weight loss and health. The society or media hypes the health benefits of these foods, which is really annoying to many nutritionists. However, that is not to say that the foods are not healthy, but their health benefits are exaggerated. Here is a list of 11 over-praised foods.

Although it is pretty to look at and it has French name, in reality the tenderloin is probably one of the most tasteless cuts of meat on a steer. It doesn’t mean it is a great steak just because you can cut it with a spoon.

Try a blind taste test between a New York strip and a filet and see for yourself which one taste better. When it comes to a great cut of meat you have plenty of options, but sadly, filet mignon is not one of them.

Wherever you go, you can hear about quinoa. This grain has been turning up in everything from veggie burgers to salads to beer, making it one of the trendiest foods in the world. But, you should know that it is just a grain. There are many other healthy grains out there and you can choose one which is not destroying the Bolivian economy. Buy something else and see what is good for your personal taste.

This food gained popularity a few years ago and even today many people are lining up for hour every morning to buy it. However, we are going to say it – Cronut is over-praised. How could it not be, since it is just a pastry.

It tastes like a good pastry should and deep-drying rings of croissant dough is a novel idea, but it is not worth lining up for. It will take some time before people come to this realization and the Cronut will recede to the culinary sidelines, but until then keep in mind that it is just a pastry.

The boneless, skinless chicken breast is one of the most popular foods out there. You can find them on sandwiches, in salads, gussied up with herbs and lemon, and sold everywhere you go.

This may speak for its versatility, but it says nothing about its flavor, which is, in fact, nonexistent.

Many people will tell you that dark-meat chicken is more fattening, and it is, but what they don’t tell you is that dark meat is full of taurine, which lowers cholesterol and blood pressure, fight against heart disease, and protects against diabetes. As long as you don’t eat the skin there is no reason to fear the dark meat.

Kale can be found everywhere you go. It is in your salad (almost every restaurant serves a kale salad), it is being blended into smoothies, it is being dehydrated and being sold as snack chips, and turning up in soups.

It looks like people have forgotten that it is just a cruciferous green, like cabbage or collards. Although kale has lots of nutritional value, it is nearly impossible to digest.

Kale needs to be tenderized before it can be eaten. However, cooking leeches out a lot of the nutrition and one important factor people seem to be missing – kale doesn’t taste very good. So, make sure that you eat some leafy greens once in a while, instead of freaking out about kale.

Acai literally means “fruit which cries.” But, you will be the one who is crying if you waste your money on acai berries. According to many experts, there is no firm evidence that acai berries help to shed excess pounds, fight aging, or for any other health issue, for that matter.

Although all berries are great sources of beneficial antioxidants, there is no reason that these natives of South and Central America deserve top billing. Instead, enjoy locally-grown berries when they are in season and opt for frozen when they are not.

Coconut oil is the latest cure-all which supposedly can reduce the risk of thyroid disease, dementia, cancer, obesity, and heart disease, and improve immune function. However, all of the research is still considered preliminary.

This is because studies are primarily conducted on limited data. There is one proven fact about coconut oil – 87% of its fat is saturated. This means that you get 13.5 grams of saturated fat per tablespoon along with 120 calories.

In order to put that into perspective, it is recommended that you limit your daily saturated fat intake to about 14 grams total. Having said that, stick with vegetables oils which are low in saturated fat, such as olive and canola oil, both of which have been proven to help lower LDL-cholesterol levels. Olive oil is one of the best sources of monounsaturated fat, and canola has more beneficial omega-3 fatty acids than coconut oil.

Even though agave has its advantages – it dissolves well, it has a low glycemic index, and it is also vegan – it doesn’t deserve its health halo.

It is still an added sweetener which contributes empty calories and is up to 90% fructose, a form of sugar which has been linked with fatty liver when eaten in huge amounts.

There are many experts as well as nutritionists who recommend that you use it sparingly, just like any other sweetener. In addition, they also recommend that you go to your local grocery store and buy honey or pure maple syrup, which offer at least some antioxidant and mineral benefits and are less refined.

The spice just doesn’t stack up, when it comes to cinnamon. Even though it is touted as natural way to reduce high blood sugar levels, the studies just don’t support this.

There are many certified diabetes educators and dietitians who claim that cinnamon troubles them because many people with diabetes think that this is an effective tool to manage their blood sugar instead of putting their efforts toward strategies which are proven, such as counting of carbohydrates.

According to a number of dietitians and nutritionists, many people only eat the whites of eggs and avoid yolk, because they think it has too many fat and calories. With 4 and ½ grams of fat and 55 calories versus 17 calories and no fat, yolks have more fat and calories than whites, but yolks are packed with nutrition, such as choline for brain health. It is highly recommended that you eat at least one yolk every time you have eggs.

Goji berries come from the plant which grows throughout Asia. Marketers claim the berries improve fertility and vision, have anti-aging and anti-cancer properties, and temper inflammation.

A few preliminary laboratory and animal studies have suggested that goji berries may provide health properties, but many experts still think that these berries are not deserving a status of superfood.

Strawberries, raspberries, blueberries, acai berries, goji berries, and all other berries are great sources of minerals, vitamins, and phytonutrients, but there is no scientific evidence that any one of them provides health benefits which are significantly better than the other. Therefore, enjoy them all. For example, strawberries contain a similar amount of nutrition as goji berries, and they are available fresh throughout the year at a fraction of the price.