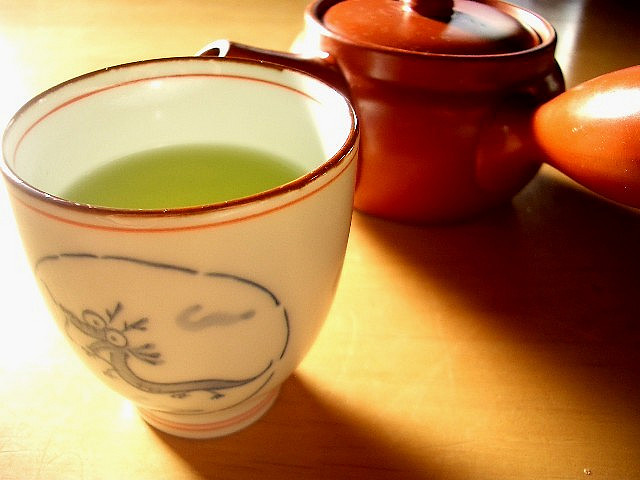 Teas can be made from many herbs. Tea is the most popular drink in the world, next to the water. Each tea has its own health benefits. In this article we will look at top 10 healthiest teas in the world and what they can do for you.

Green tea is one of the healthiest beverages to drink. It is known for its cancer-fighting antioxidants, the fact that it speeds up metabolism, and its ability to keep teeth disease free. With green color and grassy taste, green tea aids with diabetes, weight loss, reduces the risk of depression, lowers cholesterol, reduces the risk of neurological disorders and keeps skin healthy.

Compared to all other herbal teas, black tea has the highest content of caffeine. However, it has many beneficial properties. Its antioxidants help to protect against cancer, increase energy, aid digestive tract health and promote oral health. Due to its taste and calming effect, black tea is usually favored above other herbal teas. It is the most commonly served tea in the United Kingdom and the United States.

White tea is very popular in last few years due to its many health benefits and uniqueness. Unlike other herbal teas, white tea has powerful cancer-fighting properties and is unfermented and uncured. White tea has a silvery white color and is said to lower cholesterol and blood pressure. In addition, it has great anti-aging properties.

This natural tea has a refreshing mint taste. Peppermint tea is the best tea to relieve nausea, abdominal gas, stomach cramps and bloating. White tea has a strong flavor and some people can’t bear the taste of green tea, so peppermint tea is an excellent alternative. It has many other health benefits, such as relief from IBS, it aids in digestion, helps with the flu and cold symptoms, and keeps breath smelling fresh.

Oolong tea is not as popular as green, white or black tea, but it is gaining popularity in the United States. One research has found out that this semi-fermented tea is full of antioxidants which strengthen bones, lower bad cholesterol levels and aid in weight loss. This tea has a dark red color.

There are two ways to make this tea, either buy ginger root herbal tea in your local store or drop a slice of fresh ginger into hot water. Either way, this tea is very healthy. We recommend that you drink a cup at work every now and again. Ginger tea not only helps to improve your blood circulation, but it is also a great anti-inflammatory. In addition, it has pleasing spicy elements to it, making ginger tea a favorite to relieve muscle tension and cure nausea.

Chamomile tea is known for its calming and relaxing qualities. It may seem like a bad idea to drink it at work since it can make you sleepy, but if you’re anxious about something, or feeling upset, then pour yourself a cup of this tea and you will feel calmer almost immediately. Chamomile tea is made from flowers and has a sweet taste. In addition, it has many health benefits, such as helping with a sore throat, fevers, insomnia, inflammation of the mouth and bronchitis.

Chai tea is considered as a great alternative for coffee. It contains far lower levels of caffeine but it can still give you a quick energy kick, and for that reason, it can easily be substituted in place of your coffee drink. Chai tea is rich in antioxidants and has many health benefits, such as the ability to aid the digestive system and anti-inflammatory properties.

It doesn’t matter if you buy fresh cinnamon and add a few canes to a teapot of hot water or buy cinnamon tea bags, you will still experience many health benefits. One research has found out that cinnamon tea increases awareness, increases circulation, and reduces fatigue. Anti-clotting and anti-inflammatory properties are other benefits of cinnamon tea.

Raspberry tea is a must-have because it balances hormones, helps with contractions, is recommended during pregnancy due to its ability to strengthen the uterus, and it is great for the skin. You can drink this tea either hot or cold, depending on your preferences.