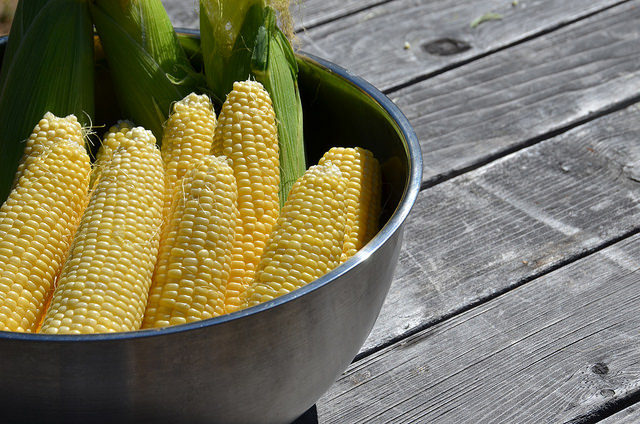 Bioavailability is the degree to which a vitamin or mineral is absorbed and utilized by our body.

While eating different raw foods gives you a plenty of vitamins and minerals, cooking some foods enhances some nutrients, and in that way maximizes their bioavailability. Here are the top foods that should be cooked to make the most out of them:

Spinach and kale show an increase in certain nutrients when cooked, according to the USDA Nutrient Data Laboratory. Cooked kale has 2.50 grams of protein, 0.50 grams of fat and 2.5 grams of fiber. Raw kale contains similar protein and fat content but only half the amount of fiber. Other nutrients that increase in cooked kale are vitamins K, A, and beta-carotene.

The protein content of spinach increases from 0.85 grams for 1 cup of raw spinach to 5.5 grams per cooked cup. Minerals that increase in cooked spinach are potassium, calcium, iron, magnesium and vitamins that are more concentrated in cooked spinach are vitamin C, vitamin A, folate, beta-carotene, and lutein.

Onions, which are a low-calorie way to season our meals, also have an increase in some nutrients when cooked. One cup of cooked onions contains 1 gram more protein than a cup of raw onions, a higher concentration of both selenium and calcium, and a higher amount of lutein, choline and vitamin K, than 1 cup of raw onions.

Choline helps our cell membranes in moving nutrients through our body, and it plays an important role in reducing inflammation, according to research. Lutein, a phytochemical, helps our vision and retina health.

Tomatoes are high in lycopene which, according to a report from Harvard Medical School, helps in reducing cholesterol and inflammation, improving immune function and prevents strokes. When cooking tomatoes, they release lycopene which makes it more readily bioavailable for absorption.

Various studies have shown that lycopene is also better absorbed with a little fat, so if a cooked tomato or tomato foods that contain tomato are too acidic for you, you could chop a raw tomato and drizzle it with olive oil to benefit from lycopene as well.

Kale is more nutritious when lightly steam-cooked, same as collard greens, mustard greens, broccoli, green bell pepper and cabbage, because of bile-acid binding. Bile acid binding health benefits have been related to lowering the risk of cancer and heart disease.

And even more, kale should be cooked before eating as it contains chemicals that stop the production of thyroid hormone in our body, which all leads to obesity. Two out of three Americans are either overweight or obese and according to research, it will jump to 75 % by 2020.

Cooking corn can significantly boost its antioxidant activity, despite a slightly reduction in vitamin C. When this plant’s ability to quench free radicals was measured, cooked corn beated raw corn by between 25-50 %.When we cook the corn it releases a ferulic acid, which provides anti-cancer and other health benefits.

Ferulic acid, a phytochemical, is unique in that it is found in low quantities in fruits and veggies, but is found in high amounts in corn. The bioavailability to the body of ferulic acid can be increased 500- 900 % by cooking the corn.