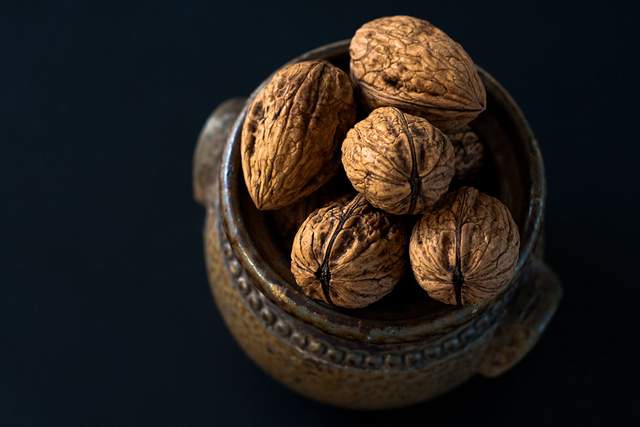 Good eating habits are good for your physical as well as your mental health. Just like your lungs, muscles or heart, your brain also requires nutrients.

Blueberries contain antioxidants and other phytochemicals which can improve your thinking, learning, and memory, and also reduce neurodegenerative oxidative stress. In addition, compared to other fruits, blueberries are relatively low in fructose, which makes them one of the healthier fruits you can find.

Red meat is vital for healthy function of your brain, such as grass-fed beef, which is a great source of vitamin B12. People are more likely to score lower on cognitive tests, due to high levels of markers for the deficiency of vitamin B12. They also have a smaller total volume of the brain which suggests a lack of this vitamin can cause the shrinkage of your brain.

A great source of natural antioxidants and phytosterols, and plant-based omega-3 fats are walnuts. They can also reverse brain aging in older rats, which has been shown in a study. A type of omega-3 fat, DHA, has been found to promote brain healing and the boost of brain function. However, it is more plentiful in sources which are animal based as opposed to walnuts.

Cauliflower and broccoli are great sources of choline. The consumption of choline during pregnancy charged the activities of the brains of animals in utero, which indicates that it can improve learning and memory, boost cognitive function, diminish your brain’s vulnerability to toxins during childhood, diminish age-related memory decline, and also confer protection later in life.

Seafood, such as sardines, mackerel, albacore tuna, and salmon are a good source of omega-3 fatty acids, which are versatile and powerful nutrients that are essential for a healthy brain. DHA are one of the main omega-3 fatty acids in fish oil and they are also about 40% of the fatty acids in brain cell membranes. Scientists think it’s probably important for transmitting signals between brain cells.

Add the dark chocolate, which contains at least 70% of cocoa, in your brain-boosting diet. Dark chocolate has flavonoids, another class of antioxidants which has been linked to the health of the brain. Other foods which are a good source of flavonoids are onions, beer, tea, red wine, apples, red and purple grapes.

Each cell in your body requires water in order to thrive, and the cells of your brain are no exception. About 3 quarters of your brain is water. According to a study, people who were well hydrated scored much better results on tests of brainpower, compared with people who weren’t drinking enough water.