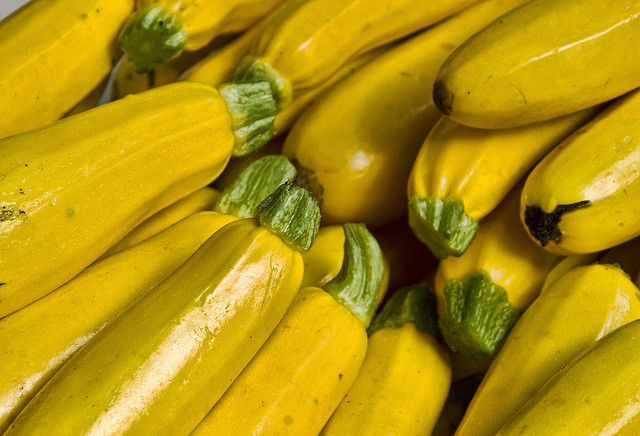 Squash has been a mainstay for early European who settled in North America, and a staple for the Native Americans for more than 5000 years.

In the 19th century, merchant seamen came back from other parts of the America with a lot of new varieties. This resulted in many colors, sizes, and shapes of squash, which are available today.

Thomas Jefferson and George Washington were some of the most famous and enthusiastic growers of squash. Squash is grown in the summer and harvested in the fall. It has a firm flesh and hard exterior and is full of vitamin A, fiber, and potassium. Since it has tough, thick exterior, it can be stored for a few months and eaten during the winter.

Beta-carotene is an antioxidant which is essential for normal eye health. In addition, high levels of beta-carotene have been connected with reduced chances of vision issues, such as glaucoma, cataracts, macular degeneration, and others.

Squash contains high levels of essential vitamins which are a very important part of bone mineral density and developing bone matter. Manganese, calcium, zinc and other very important trace elements can be found in squash, too. As you age, you can reduce your chances of developing osteoporosis and ensure durability and strength for your bones.

High levels of copper and iron can be found in many different varieties of squash, which are essential elements of red blood cells. People who have enough squash in their diets can reduce their chances of developing anemia and they can generally increase circulation of a bloodstream, which can increase overall energy levels, brain function, and oxygenation.

The anti-inflammatory and antioxidant properties of squash are connected to a reduction in asthma. By eating a diet high in squash you can eliminate the irritation which causes asthma.

Squash contains a huge amount of vitamin A. According to studies, this vitamin is linked to a reduction in emphysema, especially for people who are exposed to carcinogens, such as cigarette smoke.

An important carotenoid called beta-cryptoxanthin can be found in squash, which is connected to a reduction in the occurrence of lung cancer. One of the most common forms of this disease is lung cancer, and foods which contain vitamin A can be a very important protective element.

Squash contains potassium and magnesium, which are both effective defense against cardiovascular issues. Potassium is a vasodilator that relaxes the tension of blood arteries and vessels, increasing blood flow and reducing the stress on the heart.

In addition, oxygenation of the body’s various organ systems is increased and functions are improved, too. The fiber found in squash, such as pectin, can scrap excess cholesterol from the walls of arteries. This reduces the chances of strokes, heart attacks, and atherosclerosis.

Diabetes afflicts millions of people all around the world. Regulated, proper metabolism of sugar is the best way to manage the symptoms of the disease. B-complex vitamins are essential in metabolic activity and squash is a great source of them.

In addition, some types of squash have good amounts of dietary fiber, including pectin, a well-known polysaccharide. Pectin is an essential element in blood sugar regulation in our bodies, which makes sure that glucose and insulin activities in our bodies remain smooth and constant.

Squash is a great source of many nutrients, such as magnesium, vitamin C, and other antioxidant compounds. These minerals and vitamins are important antioxidants in our bodies, which help to neutralize free radicals. Free radicals are the dangerous, natural byproducts of cellular metabolism, which are linked to a lot of illnesses, such as premature aging, heart disease, and cancer.

In addition, squash is an excellent source of vitamin A, including carotenoid phytonutrients, such as zeaxanthin and lutein. All of this together help our bodies to defend against the foreign substances and free radicals and boost our immune response.