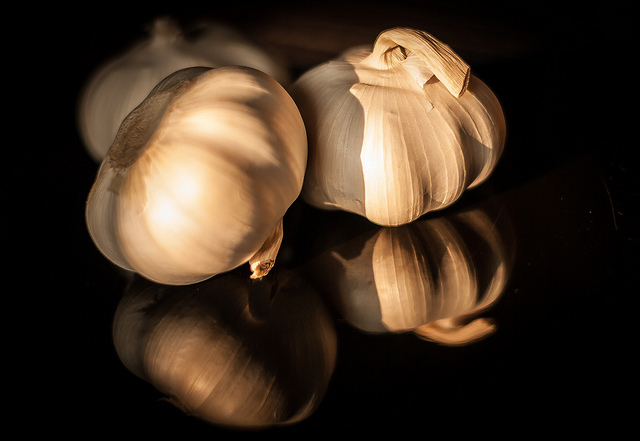 There are many reasons why natural antibiotics are better choices when compared with typical antibiotics. One of the main factors for this mindset change is the absence of unwanted effects.

A lot of pathogens have grown to be immune to many antibiotics due to the over-use.

Also, the consumption of the antibiotics can magnify a disease because bacteria becomes more resistant to medication. So, it is important to know that these natural antibiotics are the much better solution for your overall wellness and good health.

Green tea contains epigallocatechin gallate (EGCG), which is found to be very effective against certain mouth bacteria. Also, green tea has other benefits, such as an ability to reduce excess body fat. This is one of the best natural antibiotics which should be included in your diet.

Garlic’s medicinal properties come from one of its ingredient named allicin, which is known to fight against common bacteria, fungi, and viruses. Therefore, garlic has been used for centuries around the world to treat various diseases, such as an earache, flu, Helicobacter pylori infection, pneumonia, Methicillin- resistant Staphylococcus aureus infection (MRSA), and black plague. In addition, garlic contains a lot of antioxidants which help strengthen the immune system and protect your overall health.

Echinacea is a potent herb, which is traditionally used to treat cellulitis, open wounds, blood poisoning, syphilis, diphtheria, and other bacterial infections. It is also known for helping fight flu and colds, enhance the immune system, as well as deadly bacteria.

Compared to other types of honey, manuka tree honey has very high concentrations of antibiotic. In developing countries, people use wild honey to reduce infection and encourage faster healing and minimal scarring over their wounds or burns. Also, it can be used with other herbs in order to improve absorption and digestion of other medicines.

Pau D’Arco has an active ingredient named lapachol, which is found to fight against many viruses, bacteria, and fungi. Also, this South American herb may have anti-cancer properties. Pau D’Arco has been used in South America by Indians in order to boost the immune system and fight various life-threatening infections. The best use of it is as a decoction or tea.

Goldenseal prevents the growth of bacteria through its active ingredient named berberine. For centuries, it has been used by Native Americans to fight ulcers, various infections, venereal disease, and more. Today, people usually use goldenseal as a mouthwash to treat canker sores, diarrhea, sore throat, sore gums, and other respiratory infections.

Depending on a case, you may or may not need antibiotics for minor infections. Sinus infections and ear infections are usually resolved on their own in just a few days without any antibiotics required. Misuse and overuse of antibiotics can contribute to antibiotic-resistant super bacteria which is the cause of serious illness, and only a few, if any, current drugs can fight.

Also, antibiotics come with certain side effects, such as diarrhea, vomiting, stomach upset, skin rash, diaper rash, and more. There are other side effects, depending on the particular antibiotic prescribed.